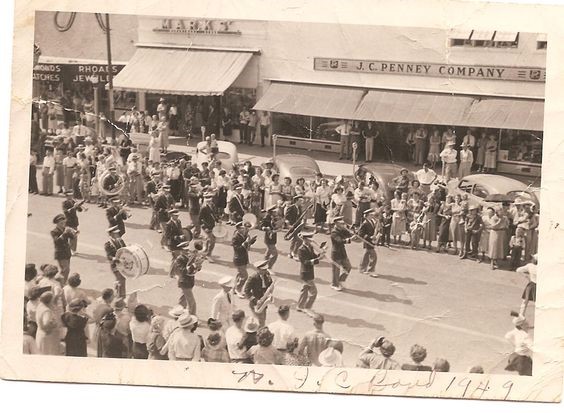 Founded in 1947, the Navarro Junior College Bands were under the direction of Music Department Chairman, C.E. Beene. Numbering 9 students, the band entertained at football games and other athletic events as well as presenting performances both on and off campus throughout the year. Under the direction of Mr. Beene, the band grew consistently throughout the early years of the college. A popular figure around campus, Beene was also the composer of the Navarro Alma Mater Hail Navarro. He served until his sudden death in the spring of 1963. Serving for the next 10 years, Navarro College’s second Director of Bands was Grady Barnes. Under his leadership, the band continued to grow and perform exciting literature for audiences both on and off campus.

During the 70s and 80s, the Navarro College Band saw a number of directors as well as many growing pains. One of the milestones in the history of Navarro College Band was the construction of the Caston Fine Arts Center in 1984. Numbering in the 40s by 1985, the band continued to grow and perform for audiences throughout the area.

The Navarro Band continued its growth over the following years reaching a high of over 90 members in 2005 and continued its tradition of excellence. By the time Joshua Buckrucker had taken over as Director of Bands for the Fall of 2014, the band had begun its growth yet again and would see tremendous growth over the next two years, numbering 75 in the first year and fielding 115 in the fall of 2016.